Available for purchase at:
https://colmegan.bandcamp.com/album/the-usual-games-ep-colm-and-shaun

Delighted to announce that the remastered version of Colm and Shaun’s first EP ‘The Usual Games is now available for purchase on Bandcamp and streaming on YouTube.

In June of 2014, shortly after moving to Augsburg in Germany, I met Shaun McBride playing at a street festival in the Altstadt. New in town myself, the sight of another Irishman was comforting,

What started as a chance meeting, soon developed into deep musical understanding, and more importantly, a beautiful and treasured friendship.

Between 2013 and 2016 I had started writing a collection of songs. Some of which I couldn’t complete, while others I felt needed a more mature voice which I felt didn’t possess and/or was uncomfortable with at the time. Shaun’s voice brought a toughened, but emotional life to these songs and his well-honed songwriting skills completed and improved the ideas that I’d began with.

In 2016, Shaun announced his plan to leave Augsburg and continue his European adventure. With only 4 week window of opportunity to work in, we set about recording and bringing these songs into the light with the help of Subsonic Coco at Studio 1 in Augsburg.

The EP was released in O’Sullivans Irish Pub on September 24, 2016.

With hindsight, time and a fresher ear, I was able to return to the original tracks, re-recording and re-mastering them individually, to finally bring the best representation of those songs to you.

I’d like to thank Shaun, whose friendship, patience, experience and musical ability have been a wonderful gift to me and all who know him.

Shaun, ”It’s a town full of losers, and you’re pulling out of here to win” 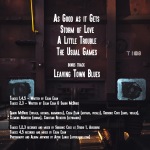 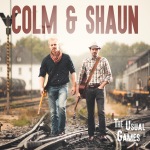